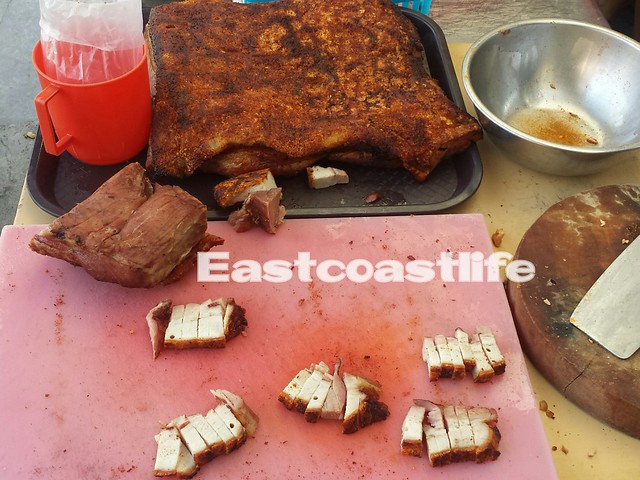 I flew back to Penang for a short trip one morning. Getting used to travelling solo. I boarded public bus 401E after arriving at Penang Airport and enjoyed the one hour ride to Komtar bus terminal in the city.

I chose to stay at the Rainhill Guesthouse at Lebuh Presgrave again as its location is convenient and accessible to lots of good food. Also I like the company of owner Jason who is helpful and has lots of stories to share. 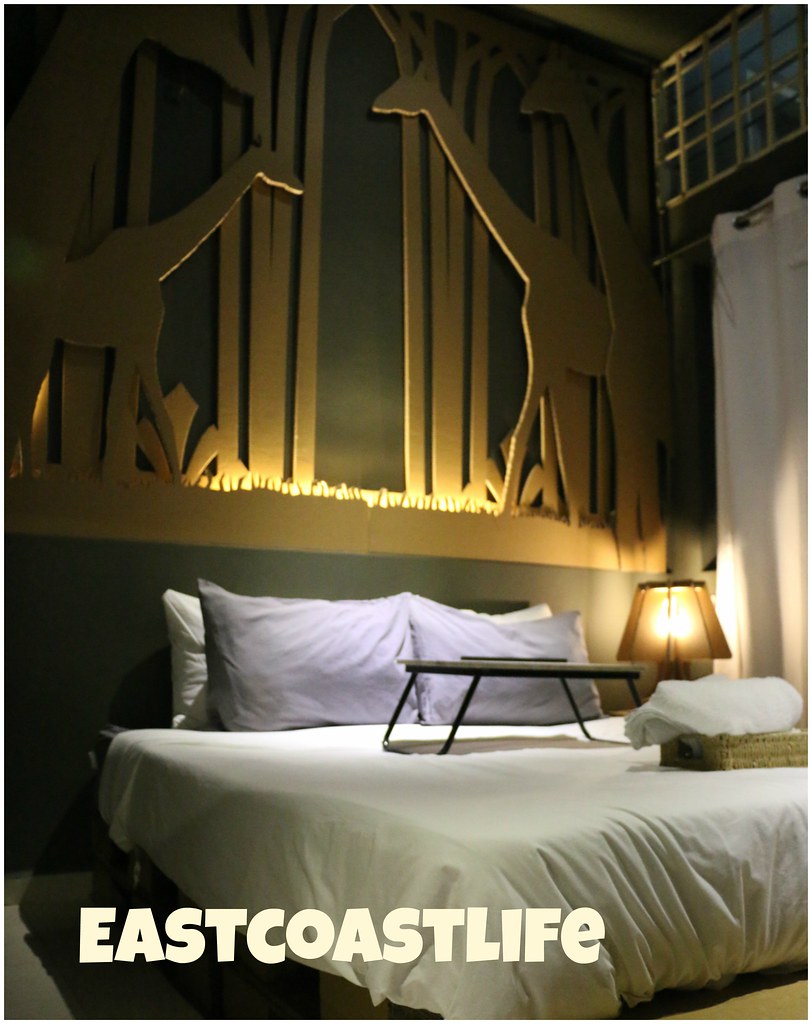 
There was a tinge of regret on my last day of stay though. Due to the convenience of yummy street food that's just a stone's throw from my guesthouse, I overindulged. Agonising over the excess weight now. hahahaha.....

But I enjoyed my food hunt this time as Jason has many good food recommendations. 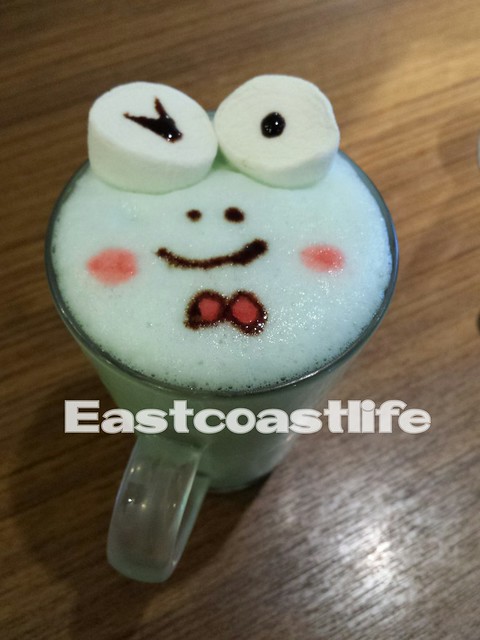 After a quick wash up at the guesthouse, I went for a late lunch meeting at a nearby Japanese restaurant. Not feeling particularly hungry, I opted for some light snacks and a cute drink called My Babychino.

We had almost ended our meal but my drink was nowhere to be seen. My Penang associate was annoyed with the slow service but the cheerful waitress calmed him down with her patience and smiles. 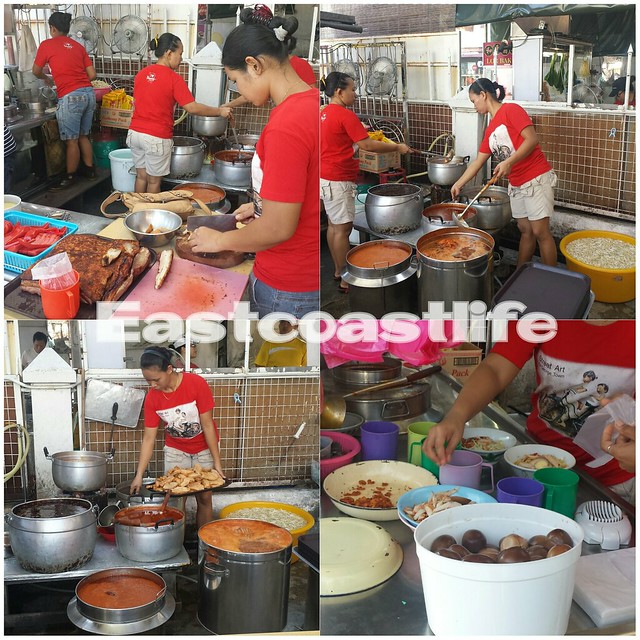 After the meal, I returned to my guesthouse for a nap as I woke up very early that morning. Woke up around 5 in the evening, showered and went out to meet a friend for dinner.

Passing by the Hokkien prawn noodle stall on my way to Georgetown, I saw the irresistible crispy roast pork..... OMG! 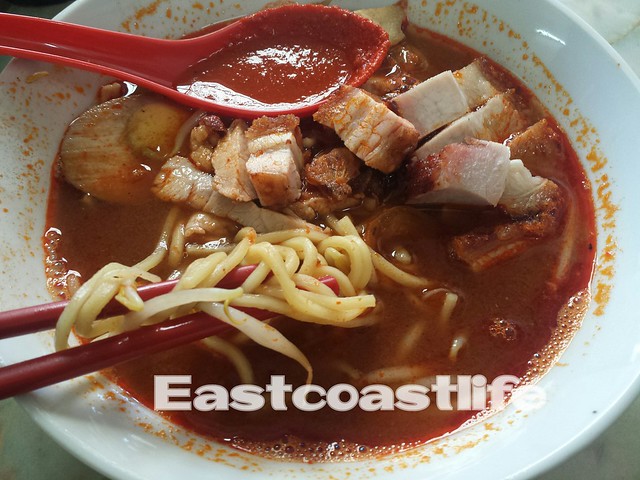 I braked and detoured for a bowl of delicious prawn noodles with roast pork and a bowl of icy cold cendol. Bliss. haha...... would I still have room for dinner? 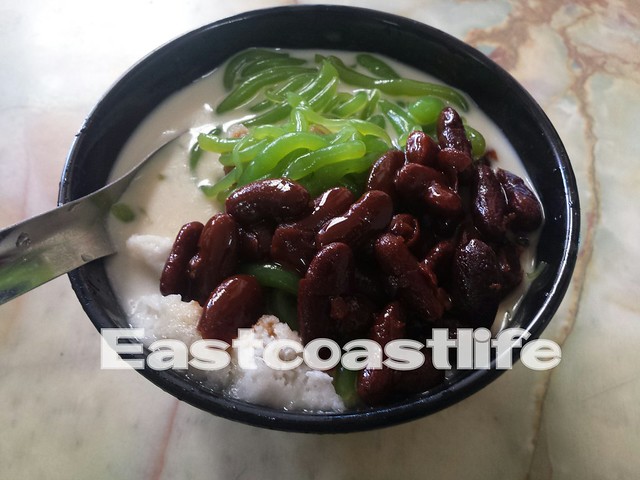 On the way to the meeting place, I saw this crowded coffee place in an alley. People were eating toasts at this hour!?

This was the old Hainanese coffee shop I was looking for on my previous two trips to Penang. It just popped up when I was not looking high and low for it. ish. 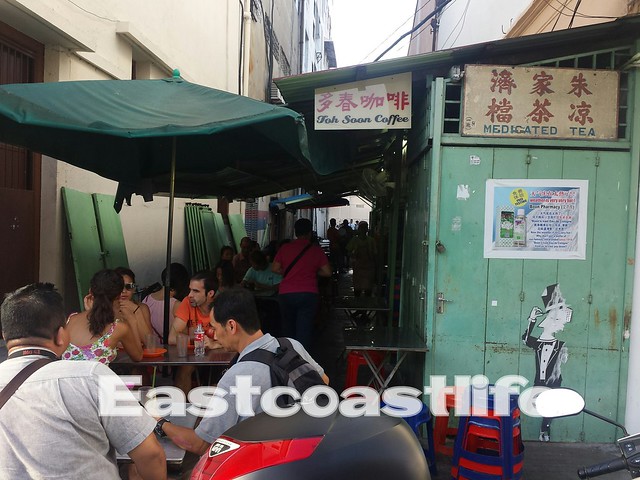 I went inside the alley, found an empty table before ordering coffee and toast. There was a queue so I had to wait a while for my order. I made use of the waiting time to snap some pictures. 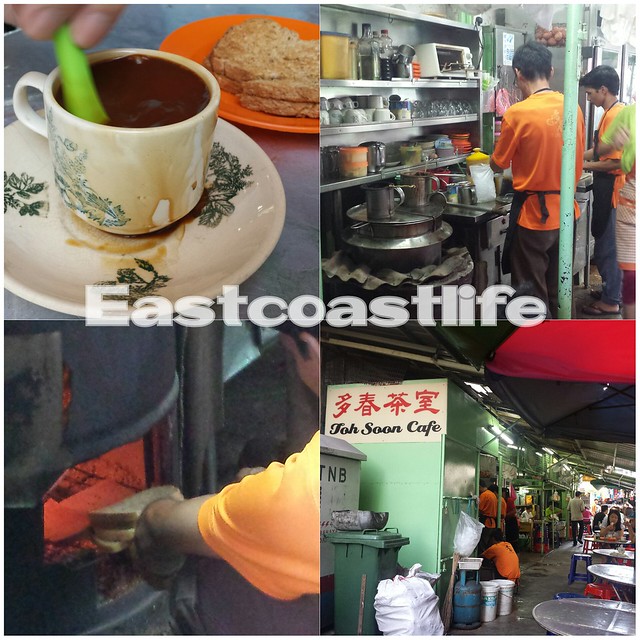 Watched the workers toasting bread in this old fashioned charcoal stove which consists of three compartments.  A worker squatting in front of it, was toasting bread at the bottom compartment. He explained that the top compartment was for steaming bread and they burn the charcoal in the middle. What a clever idea! 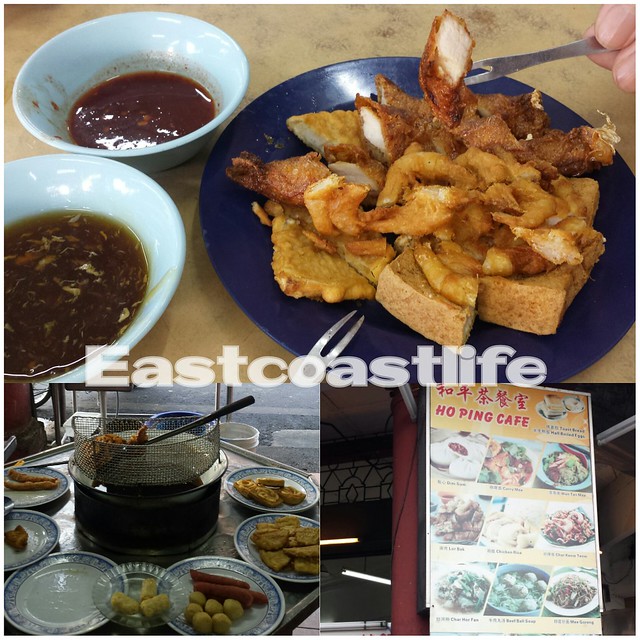 After a cup of thick aromatic Hainanese coffee, I met up with a friend at a nearby coffee shop to pick up some purchases. This particular coffee shop has a strange rule that visitors must order at least one drink or else they cannot sit within their premises.

My friend wanted to bring me for a feast but I chose to try the lobak (braised five spice pork wrapped in a beancurd skin). The stall owner didn't have much items left, so I chose a few and shared with my friend.

Of course we ordered drinks or else we would get kicked out by the coffee shop owner who was watching us like a hawk. LOL

I took a stroll back to my guest house after the meeting.

Posted by eastcoastlife at 9:28 PM