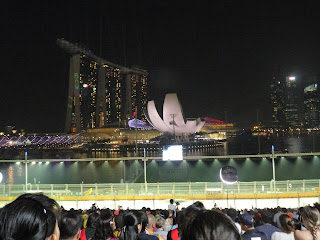 I arrived at F1 Singtel Singapore Grand Prix 2012 around 5 in the evening. The Marina Bay circuit park were teeming with people. 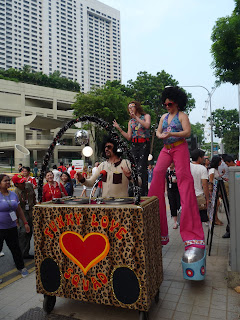 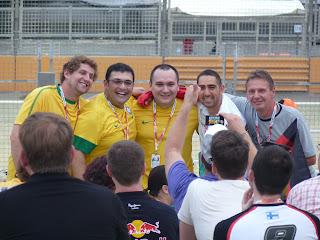 I met up with my friends and we had a short walkabout before heading to our seats. There were loads of fun activities in a carnival setting. We posed for photos, bringing back lots of memories from Singapore Grand Prix. We were so pleased with the gorgeous view of the marina from our Bay Grandstand that we took more photos. :D 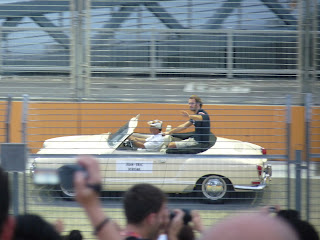 We were excited at the race drivers' track parade at 6.30 pm. Many spectators surged forward to take photos of the convoy of antique cars parading the popular F1 racers. 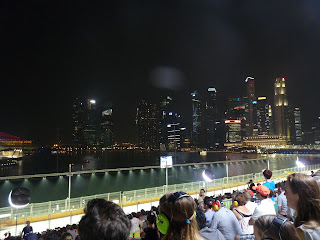 At 8pm, the race was flagged off. I quickly put on my ear plugs. The noise from the race cars was deafening.

Everyone was in high spirits, screaming and waving frantically whenever the cars zoomed by. Many whipped out their camera phones to record the races while seasoned F1 fans brought along their sophisticated DSLRs to shoot photos of their favourite team. 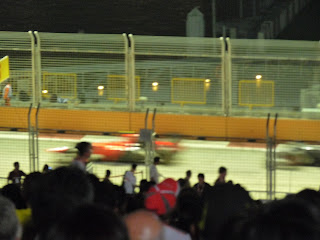 This was the best I could take with my digital camera. The cars were zooming pass like bullets. I could not see my favourite drivers. :( Luckily I could watch most of the circuit action clearly as there were huges screens everywhere. 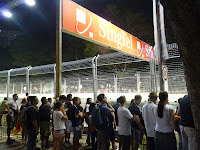 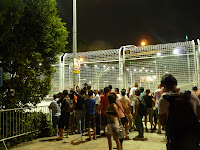 As there were restrictions on standing up to take photos and that we have to be seated at all times, we decided to catch a closer look of the race, so we made our way down to the circuit park.

Gosh, the smell of burning rubber was extremely strong and the noise was even worse. Fans were trying all ways to get closer to the circuit, just to catch a glimpse of their favourite drivers. 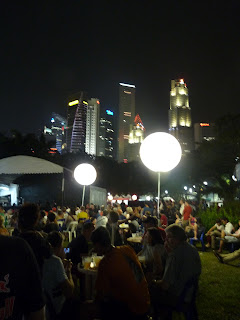 We walked towards the Padang to purchase some refreshments. We were thrilled that there were seats and large screens available so we would not miss any part of the race.

How cool to have dinner under the stars and watch the F1 race! The illuminated office buildings in the background made an awesome backdrop. Going to Singapore F1 race can be fun and economical. 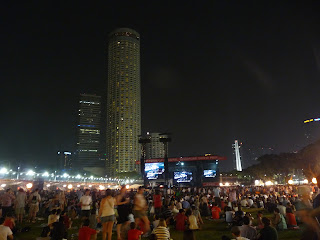 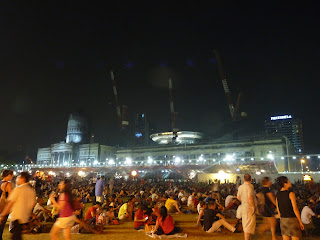 After dinner, we headed to the concert park to watch global superstar Katy Perry. The huge field was packed with enthusiastic fans.

It's amazing to see our landmarks lit up impressively, our Supreme Court and old Parliament House were shining brightly in the background. Such a beauitiful sight. 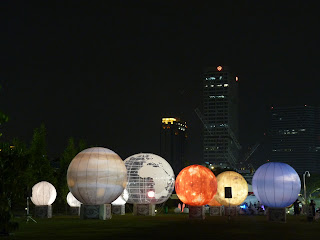 Scattered throughout the Circuit Park were some spectacular works of arts. I particularly like this illuminated diorama of the solar system in front of our Civilian War Memorial. 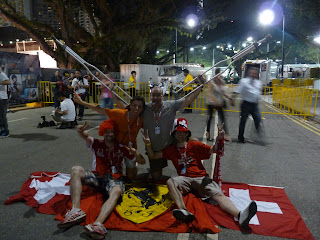 Bringing more cheer and fun to the Night Race were overseas visitors who clearly know how to party. Several of them took pains to dress for the occasion.

At the end of the race, there was a spectacular firework display. It's such an awesome feeling having the firework bursting right above me. 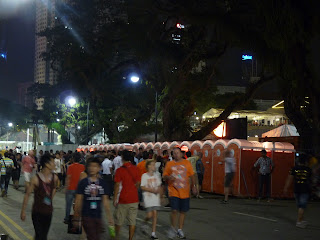 With more than 85,000 tickets sold this year, our Singapore Grand Prix is gaining much popularity with F1 fans. Even non-F1 fans are eager to check it out. Our beautiful city views, good security and well-organised events are reasons why they come. Here's to another 5 years! Do visit Singapore F1!

Posted by eastcoastlife at 5:33 PM

Email ThisBlogThis!Share to TwitterShare to FacebookShare to Pinterest
Labels: Cool things to do in Singapore, F1 Singapore