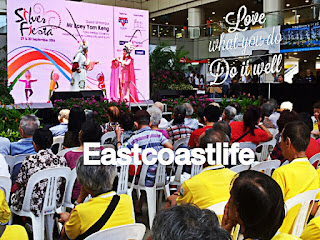 Experienced a fun and hilarious bus ride on the way to a morning breakfast gathering with a group of Hainanese at Kim Keat Palms. We boarded the wrong shuttle bus (number 235) and went "eat wind" (for a ride), causing us to be late for half an hour. hahaha....

On a positive note, we found some interesting places on the long ride. And to reward us for being present : good food and good company which cheered us up tremendously. 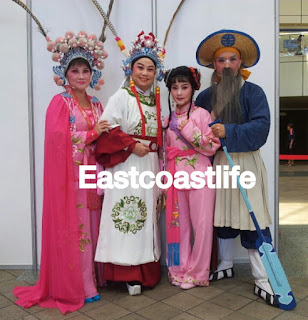 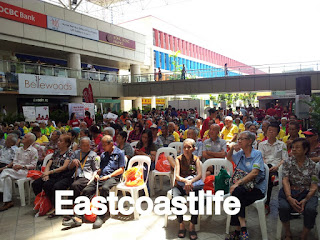 Before their performance commenced, I went round to mingle with our seniors and check out the activities. There were quite a number of young volunteers looking after the senior citizens and keeping them company at some activities. 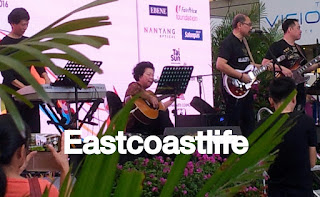 This senior citizen wowed the audience with her rendition of English oldies. I was impressed with her guitar playing. 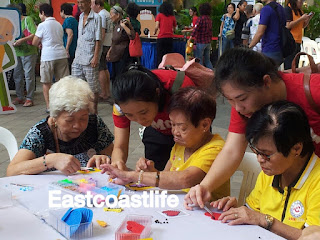 There were some game stalls and craft-making classes for participants. Some participants tried their hands at bead crafting with the help of young volunteers. 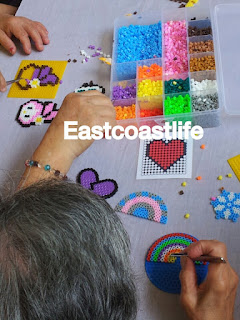 I'm pretty impressed with the art pieces made by them. They get to keep their artworks.

There was a photo booth and a long queue has formed in front of it. The seniors love to take pictures. When I pointed my camera at some of them, they gave me their most beautiful smiles.  :) 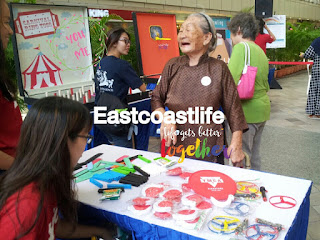 The participants were having fun and enjoying themselves. Many collected some cute prizes and door gifts. A pity I could not stay long as I had to leave for another appointment after the Teochew opera performance.

Posted by eastcoastlife at 4:54 PM

Email ThisBlogThis!Share to TwitterShare to FacebookShare to Pinterest
Labels: Community Service, Cool things to do in Singapore, Teochew