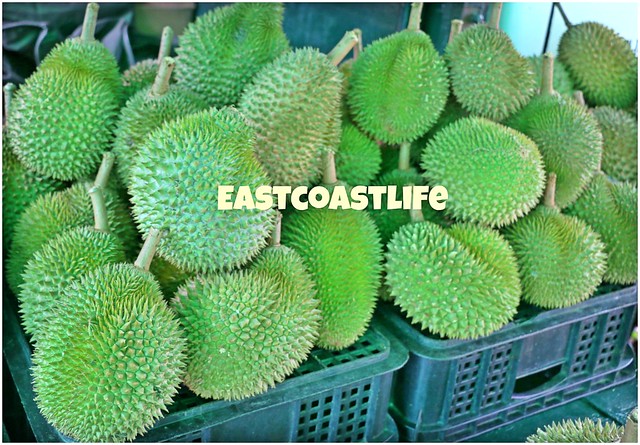 Had quite an adventure getting these delicious organic durians into Singapore. I literally have to sweat for 2 boxes (5 kg per box) of durians. No public bus or taxi was willing to take me as the pungent smell of the durians would linger in air conditioned vehicles for days. LOL

It all started with a chat with a lovely Hainanese sister Helen on Tuesday night. That motivated me to get up early the next morning and take a bus to visit her in Johor Bahru, Malaysia. It was a sudden decision which shocked my husband who could not accompany me as he had a couple of appointments that day.

It was my first time taking a public bus by myself to Malaysia. I was travelling during off peak period so it was a breeze going through immigration of both countries.

Helen picked me up at the taxi stand at JB Sentral, Malaysian inter-city railway station located between Jalan Tun Abdul Razak and Jalan Jim Quee. We went for lunch at Jalan Segget. 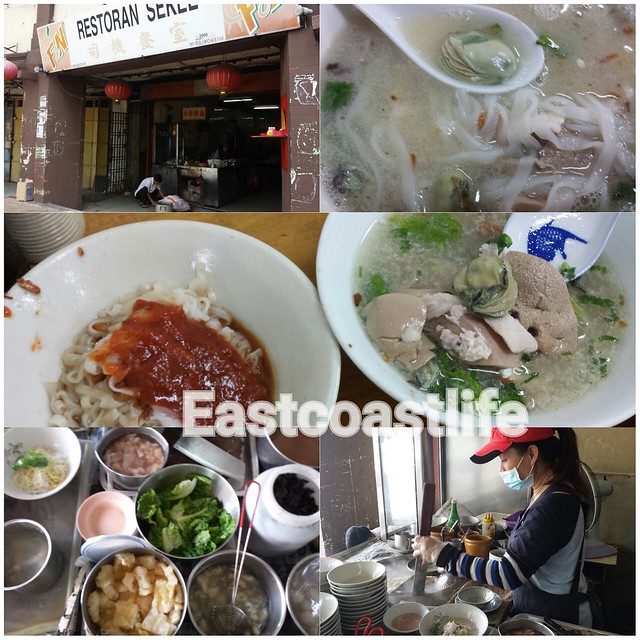 Ah Hua Teochew kway teow soup at Restoran Sekee uses charcoal to boil the soup. My bowl of kway teow soup was filled with ingredients such as liver, kidney, oysters and pork slices (RM8 for large bowl). I was given lots of oysters and there is a special dip sauce for it. yum yum....

After lunch we went to pick up Helen's second daughter and then to Taman Molek to buy my organic durians. We were watching them open the thorny fruits when we were shown fat worms in one of the durians, that shows that there is no pesticide used on the durians. hehe..... 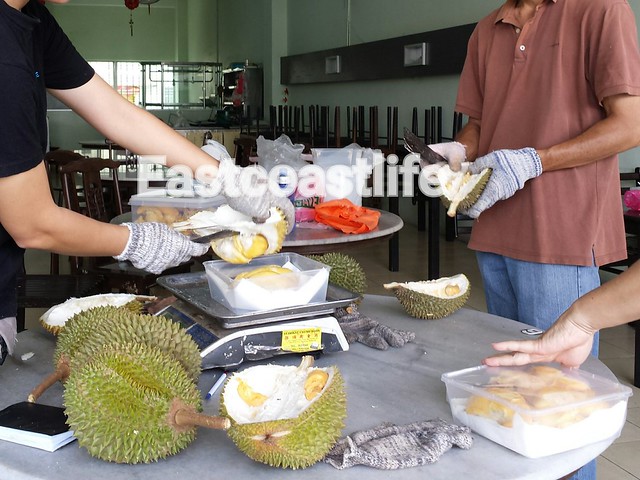 When the durian seller heard that I was bringing them to Singapore, she sealed and wrapped the two boxes of durians for me. Helen loan me her cooler bag and some ice packs.

Helen brought me to her masseur for a Chinese original point massage to sooth my aching lower back pain. It was a relaxing and pain relieving session. I was offered a warm ginger tea after my massage. 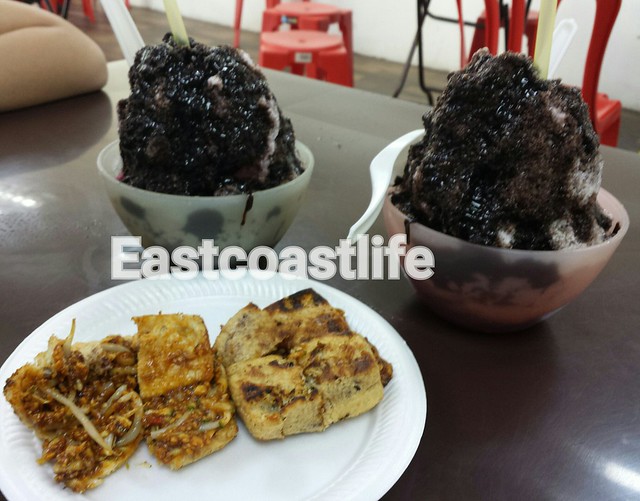 Helen fetched me to JB CIQ but before she "released" me, we ate chocolatey ice kacang and gooey toasted tau pok. It was past 6 in the evening when I cleared JB customs.

Then my ordeal started when I boarded bus number 170 for the return trip to Singapore. I had already paid for my ticket when the driver asked if I was carrying durians. I replied in the affirmative and explained that they were sealed and wrapped. The driver insisted that durians are prohibited on public buses, gave me my ticket and chased me off the bus. 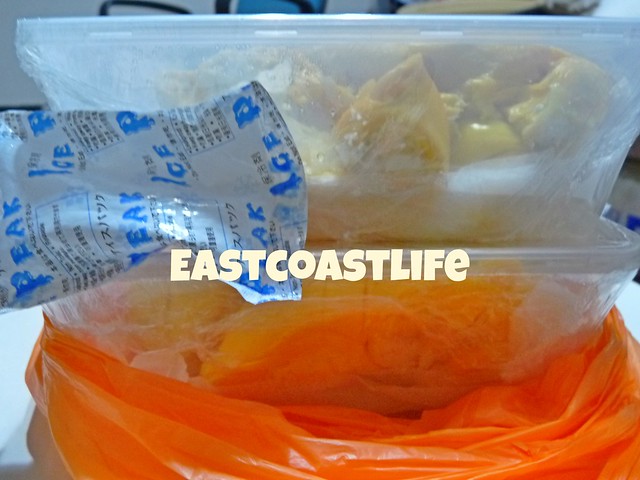 When I queried how was I going to return to Singapore then, he told me to try another bus. A lady who sympathised with me tried to persuade the driver to bring me across the causeway but he told me to get off his bus and wait for the next one.

I alighted and watched the bus leave. The lady who stood up for me looked at me pitifully as the bus left the bay. When the next bus came, I was stopped by a bus attendant. When I protested and showed him my ticket, he told me to cross the bus bay and take bus number 950.

Desperate and tired, I did as told. For the third time, I was banned from boarding a public bus because I was carrying durians. 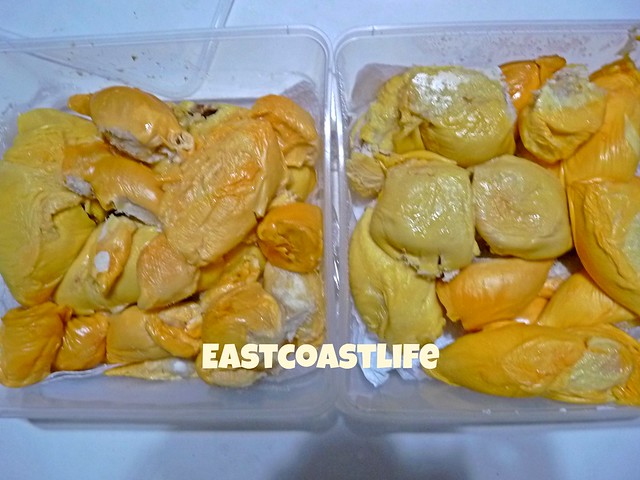 Seems like I would not be able to return to Singapore if I didn't finish eating the 10 kg durians in JB! I decided to walk across the causeway bridge. Trying to make lemonade when given lemons - "enjoyed" the beautiful sunset lugging 10 kg of durians across the 1056-metre causeway bridge. No photos, no hand to snap photos. haha....

I thought my problem was going to be solved when I arrived safely in Singapore. I queued for a taxi but was not allowed to ride with my durians. What now!? Do I have to walk home from Woodlands Causeway to Marine Parade, that's more than 30 km by car via BKE (Bukit Timah Expressway) and PIE (Pan Island Expressway)!? Our public transport providers very on the ball!

I called my hubby who would fetch me after his work at 9 pm. I waited at Woodlands Centre for an hour, during this time Helen messaged and chatted with me to help me pass time.

Finally it was home sweet home around 10 pm. I was so exhausted but happy to see my family enjoying the durians. Drop dead and zzzzz.......

Posted by eastcoastlife at 12:38 PM