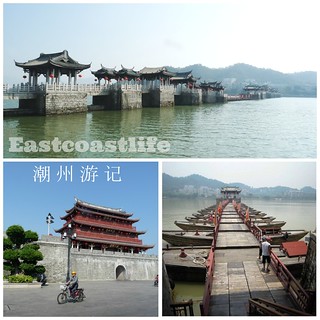 On the second day of my 4-day Chaoshan trip, we left for Chaozhou which is an hour's drive from Shantou.

Chaoshan's most famous historical and cultural city was a rich arts hub known for its prowess in opera, music, tea drinking, lion dance and cuisine. 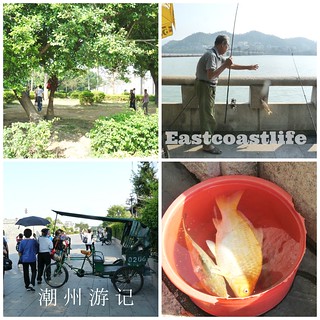 We had half an hour to take pictures of Han river and Guangji Bridge (广济桥). Next to the river, some locals were playing badminton in a park while an elderly man was reeling in fish from the river. Although I had little time to spare, I made an effort to chat with them.

When the locals found out that I can converse fluently in Teochew, their level of camaraderie goes up and they happily chat with me about life in Chaozhou and overseas. 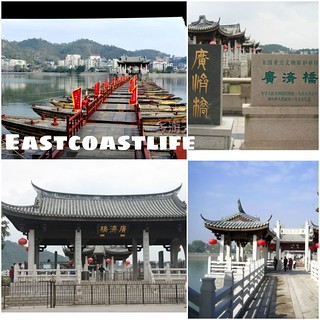 I quickly snapped some pictures of the beautiful scenery before me.

Built in 1171, the picturesque Guangji bridge is considered one of China's four famous ancient bridges.  Spanning 500m across the Han river, it has 24 pretty pavilions and the centre of the bridge consists of 18 boats linked by chains, which can be unlinked to allow large vessels to pass through. 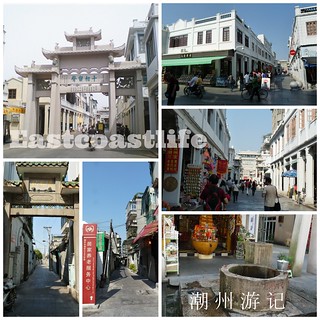 We had a group photo outside Chaozhou's old city walls before entering Chaozhou old town for a tour.

Although we have already eaten our breakfast, seeing the traditional Chaozhou snacks on sale, we couldn't resist stopping to take pictures and buy some..... despite the constant assurance that we would be given time to enjoy these street side food.  hahaha..... 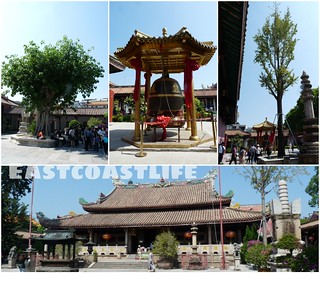 We watched a kung-fu tea demonstration, visit a museum and the Chaozhou Kaiyuan Zhenguo Temple (开元寺) within the old walls.

We left for lunch at a restaurant and visited factories after that before returning to the old town for dinner at our own expenses.

The walls of Chaozhou city were beautifully lit up at night when we departed for Shantou later that night.

Posted by eastcoastlife at 1:23 AM