Must-haves for a traditional Chinese wedding : 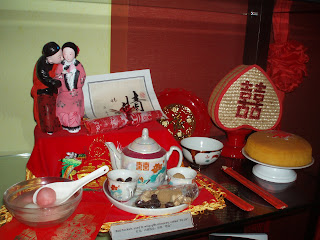 A Chinese tea set for the traditional tea ceremony. The newly-weds have to serve sweet tea to their elders and eat a bowl of sweet dessert which symbolizes the sweetness in the new union.

Check the tea to see what are the elders' wishes for the newly weds.:P 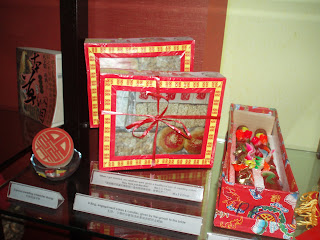 Boxes of traditional bridal cakes and a pair of Dragon and Phoenix candles. 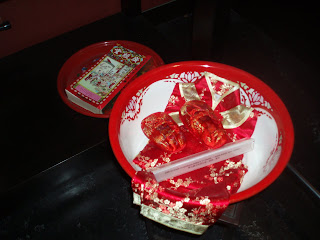 I had a red basin like the one shown above as part of my dowry. My grandmother told me : The first morning of my life as a daughter-in-law, I have to wake up earlier than my parents-in-law and fill the basin with water for them to wash their faces. Then I have to prepare and serve breakfast for the whole family.

I woke up very early as I was told. Only to be shooed back to bed by my elderly in-laws who were in their 80s then. They were not particular about such customs. My mother-in-law even prepared breakfast for me. When my grandmother learnt about it, she chided me for being insolent. *sigh*  Not my fault, right? 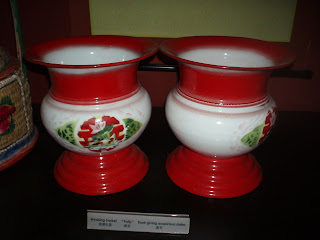 The traditional spittoons that always cause quarrels between the elders and the young modern couple. :P

Who needs a spittoon in this modern time!?!

My spittoon which was also part of my dowry is still in my storeroom.... collecting dust. :D

Posted by eastcoastlife at 5:50 PM