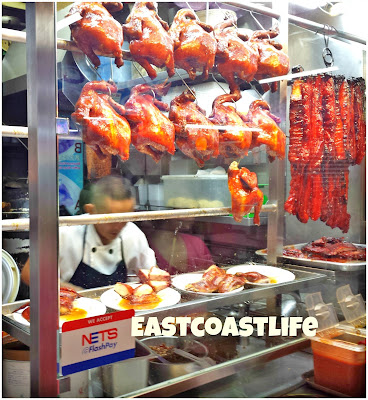 In the first Singapore Michelin Guide, two Singapore hawker stalls have been awarded the one-star rating by Michelin. Singaporean chef Chan Hon Meng was one of the two hawkers who was awarded a Michelin star on 21st Jul 2016.

I have eaten at his Hong Kong Soya Sauce Chicken Rice and Noodle stall at Chinatown Food Complex before he won the award. His stall already has a long queue daily. I had to queue for 45 minutes for a plate of his soya sauce chicken rice then. 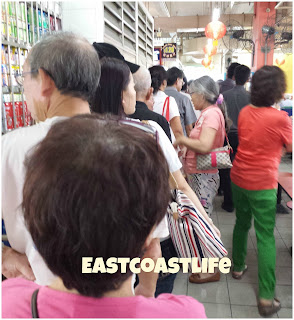 These days, customers start queuing an hour before his stall opens in the morning. There is easily 100 people in the long, snaking queue starting from the front of his stall. Customers wait patiently for their turn.

A friend from KL came with her family last week and they queued for 3 hours for his soya sauce chicken rice and char siew (BBQ pork). She said it was worth queuing for it. haha....

Overseas friends who visit Singapore have been asking to eat at Mr Chan's stall. I have brought a couple of them there but it was too exhausting for me. The food centre is not air-conditioned, it is very humid and stuffy. Standing in the queue for two hours is a torture for me. The longest I have queued is two hours. 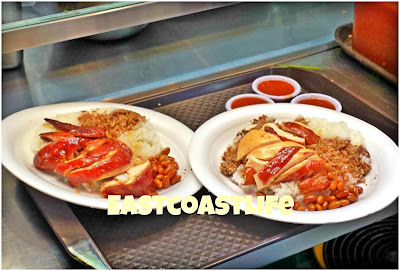 It's hard to find a delicious meal for only S$2 in Singapore. I like his soya sauce chicken which is tender and juicy, a whole chicken costs only S$14. His braising gravy is flavourful, I could just eat a plate of steamed white rice with the gravy spoon over it. 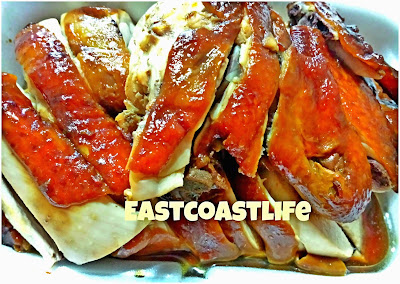 
Posted by eastcoastlife at 5:51 PM