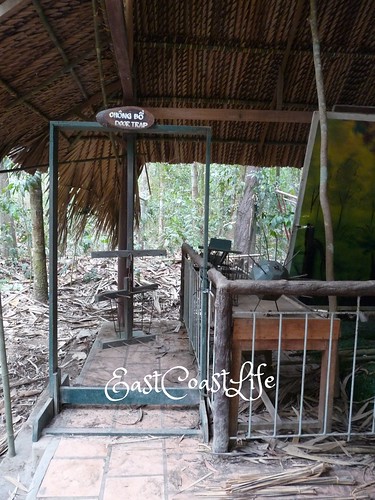 I find the Cu Chi Tunnels in Ho Chi Minh city a fascinating place. The site was crowded with tourists from all over the world. But my tour group, mostly senior citizens, was not interested in learning about the Vietnam war. 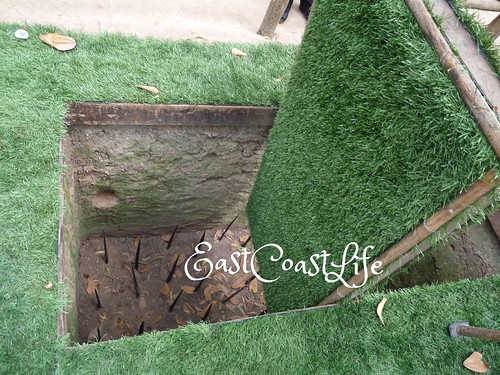 
So I tagged behind a European group whose tour guide spent his time explaining what we were seeing. We came to a display of 7 booby traps in front of a large mural of American soldiers falling into them. 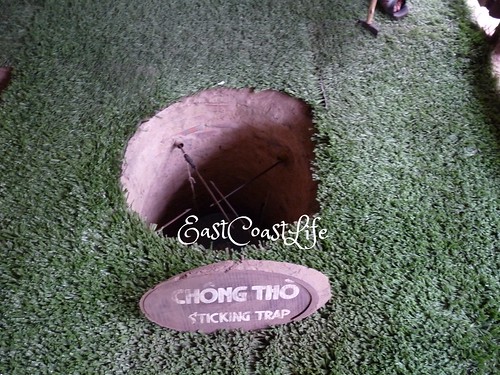 What chilled me to the bone was the guide's demonstration and explanation of the booby traps and other improvised warfare deployed by the Viet Cong during the war. 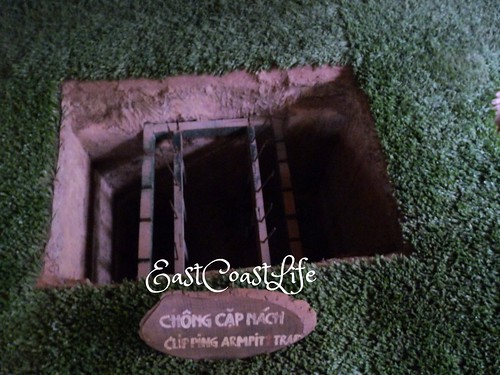 Each of the body-piercing traps were designed to target vital parts of the body, causing great damage to the victim and also to demoralise the other soldiers.

It's sickening to know that the spikes or nails were frequently smeared with faeces, urine or other contaminants to infect the wound which was created as the sharp objects penetrated the soldier’s skin. 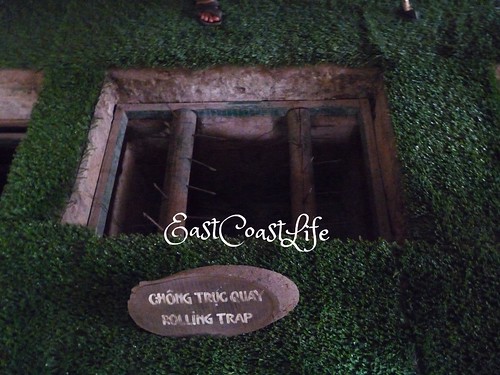 These traps frustrate the enemy and put great stress and psychological fear in the minds of soldiers. Any step they took might be their last. 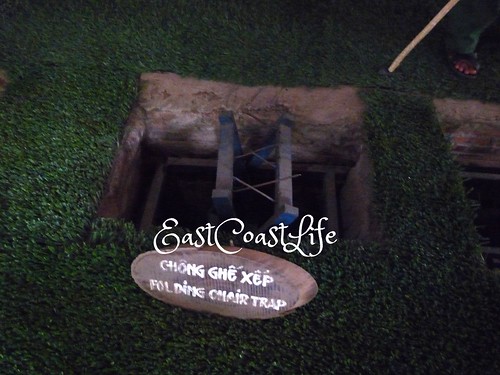 Although these traps don't kill but they did work on my nerves as I went around the site. I became overly cautious, fearful of moving around and touching things after hearing the guide's stories. :P 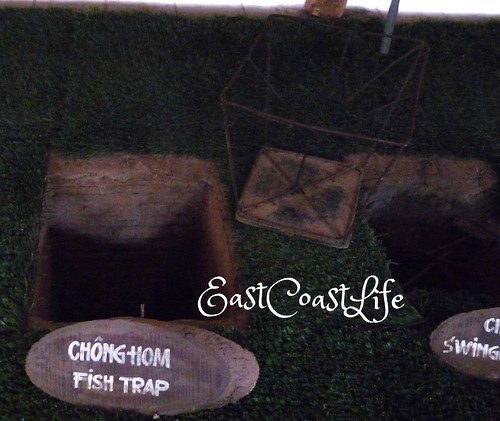 I have left out the gruesome descriptions of the damage these traps could cause the victims.

I pray that we can live peacefully and there are no more wars in the world so our men need not have such horrible experiences. 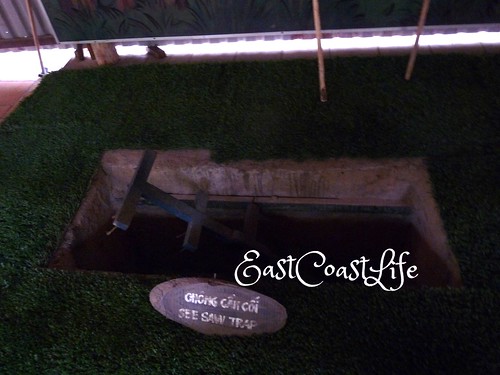 Posted by eastcoastlife at 8:48 AM