PhotoHunt theme : Celebrate/City where I live 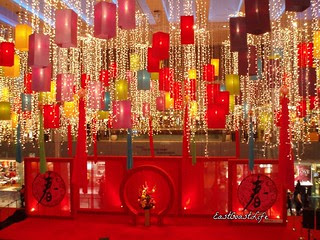 We will be celebrating one of the longest and most important Chinese festivals in Singapore in a few weeks' time. Chinese New Year, also known as Lunar New Year, or the Spring Festival, used to be one of the most eagerly anticipated occasions each year when I was a kid. :D

The streets of Chinatown comes alive in bright colours with gorgeous decorations during this festive season. There will be thrilling dragon and lion dance performances, a night bazaar hawking local goods and delicacies, stage shows and, of course, the ever-popular firecrackers and fireworks to usher in the Year of The Snake. 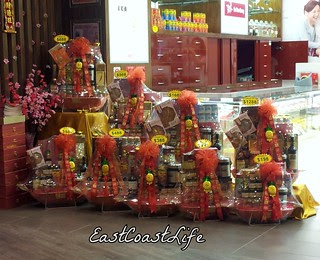 There is the annual street light-up in Chinatown from 19 January to 11 March 2013. The official light-up ceremony is on 19 January 2013 and there will be performances by a variety of local and international artistes.

From 18 January to 9 February 2013, check out the festive street bazaar which allows one to shop at more than 500 stalls. You can pick up goodies such as waxed duck, barbecued sweet meats, cookies, fresh flowers, Chinese calligraphy prints, opera masks, and traditional new year decorations at the bazaar.

There are also entertaining nightly cultural performances at Kreta Ayer Square from 19 January to 9 February 2013, such as Chinese opera shows and the annual international lion dance competition on 26 and 27 January 2013 which will showcase top talents from around the region such as Hong Kong, Taiwan, Malaysia, China and the Philippines

Posted by eastcoastlife at 8:55 AM