The Chronicles of Narnia: The Exhibition @Singapore 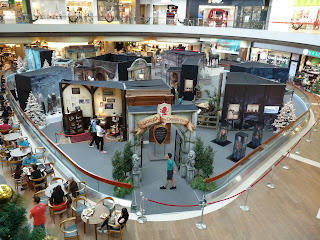 I was at The Shoppes at Marina Bay Sands with several friends when we were attracted by the exhibits. We bought tickets (S$5 each) and was immediately transported into the magical world of Narnia. I was pretty upset when a staff informed me 'No phototaking' is allowed in the exhibition hall.Arrghhhh!

From now until 31st January 2012, visitors can tour the scenes from the famed literary world of Narnia. Based on the blockbuster hit movies and C.S. Lewis’ beloved fictional books, The Chronicles of Narnia: The Exhibition is here in Asia for the first time. 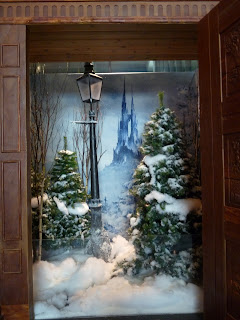 I was so thrilled to be inside the original walk-in wardrobe that started it all. I stayed inside the wardrobe for quite a while, admiring the fur coats hanging in it. The moment I walked through the wardrobe, a magical Narnia awaits me! How I wish I could take some photos!

Once inside Narnia, we viewed artifacts from C.S. Lewis' personal study, original props and equipment from the three films. We like the replica of the White Witch's Throne where visitors can sit on the icy throne and feel the chill. At one interactive display, we learnt about the impact of climate change on our planet. It also investigates whether our planet could be frozen for 100 years, like the world of Narnia. 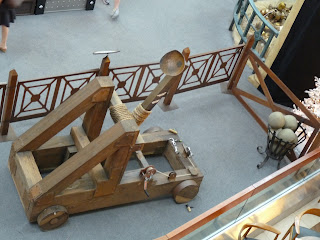 interactive displays such as the catapult

We had the opportunity to use a real working catapult similar to those used during medieval times as well as lift a real sword used in the filming of The Chronicles of Narnia.

I have watched the films of Narnia and absolutely love them. I am ecstatic for the opportunity to learn more about the world of Narnia and it's so cool to actually see the amazing props and costumes from the films. The designers are so brilliant and talented! 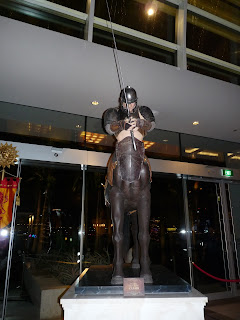 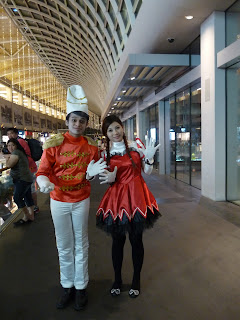 Email ThisBlogThis!Share to TwitterShare to FacebookShare to Pinterest
Labels: Cool things to do in Singapore.