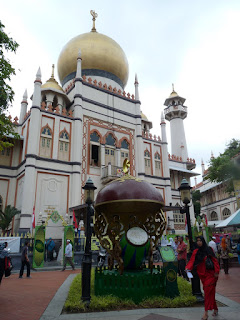 As part of the month-long event themed 'Hari Raya @ The City', jointly organised by Jalan Besar GRC, the Malay Heritage Centre and the Sultan Mosque, there are lots of activities going on at Kampung Glam from 14th August until 27th September 2009.
I wanted to introduce this Malay festival to several new immigrants, so I brought them down to Kampong Glam to soak in the atmosphere. 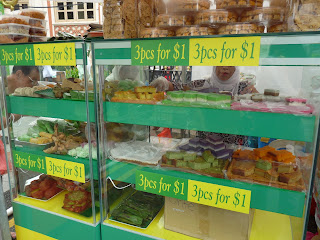 There is a food and traditional handicrafts bazaar, as well as activities such as free workshops and exhibitions at the Malay Heritage Centre and Sultan Mosque. 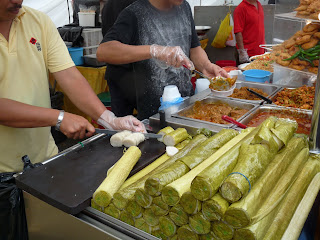 My friends were more interested in the food. :D My friends were curious and kept asking questions,the food sellers were more than willing to share with us their food culture and traditions. We tasted and bought quite a lot of traditional Malay food. 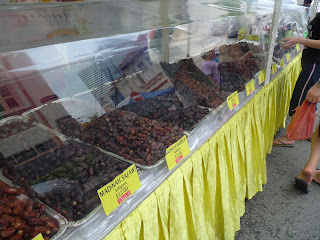 different varieties of yummy dates
I love dates and was so happy to see a stall selling a wide variety of them. The most expensive dates are from Morocco and cost S$36 a kilo! I couldn't get to taste many of the dates because there is a minimum purchase of 250g per item, no free tasting. :(

Email ThisBlogThis!Share to TwitterShare to FacebookShare to Pinterest
Labels: Cool things to do in Singapore, Ruby Tuesday, Wordless Wednesday