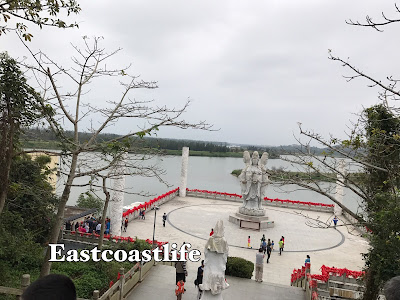 After several days of helping the adults cook and prepare the food offerings for our coming ancestral worship, the children grew restless. They ambushed me in the hall one morning and cajoled me into agreeing to bring them to the beach in Boao.

I asked the elder daughter-in-law Tian to drive us to Boao, she was more than happy to get away from the cooking for a day. The children jumped for joy. They grabbed thick jackets and piled into the car.

From our house, it took an hour to reach Boao because of the traffic congestion. Many mainlanders from northern China traveled to Hainan island for the festive holidays to escape the cold winter. We saw many of them at popular tourist attractions. 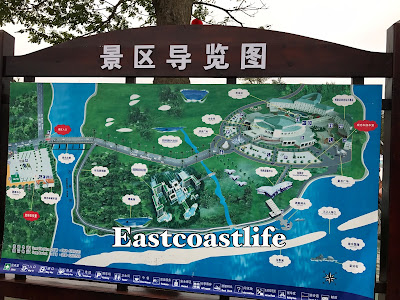 Boao, a coastal town in the east of Qionghai city, has been the permanent venue for the annual Boao Forum for Asia (BFA) since 2002. This international non-profit organisation hosts high-level dialogues for leaders from government, business and academia in Asia and other countries. 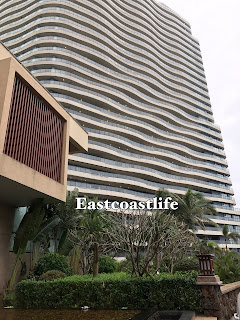 Within 15 years, the annual forums have transformed Boao from a fishing village into a world-class tourist hub consisting multi-million condominiums, sprawling golf courses and majestic hotels.

Boao is more prosperous and more happening than Qionghai city. It is attracting many tourists because of its scenic views and laid back charms. There are a few mega projects under constructions to attract more visitors and investors. 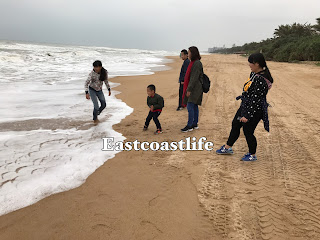 Tian brought us to a beach near a resort. The beach looked deserted because temperature that day was 14 °C and there was strong winds. Not bothered by the cloudy and damp weather, the children were ecstatic by the sight of the waves. They took off their shoes to frolick in the cold water for an hour.

They enjoyed themselves running on the sandy beach and chasing the waves. It was a rare trip to the seaside for the kids as their parents are usually busy working. It is also out of the way for them to come here. 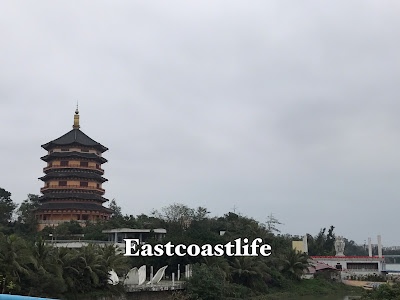 Tian wanted to bring me to the island to see the site of the BFA on Dongyu Island. but the children objected.

We visited Boao Buddhist Temple instead because Tian wanted to sit on the same seats where US President Obama and Chinese Premier Xi Jinping sat when they came for a tour of the temple. LOL 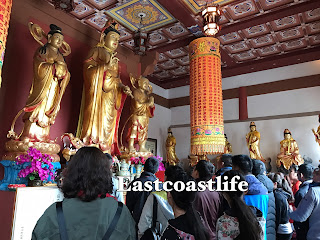 The temple grounds is huge, housing a towering pagoda temple which has a viewing deck on its highest level. I didn't want to climb the stairs, so we missed seeing the stunning views of Wanquan river and Dongyu island from an elevated angle.

Tian insisted on following a tour guide to listen to her specific narration about the temple. I could see the children were bored as we followed the guide around. The youngest child started whining for a drink. I realised it was almost five o'clock, When it was time to leave, the children were overjoyed. 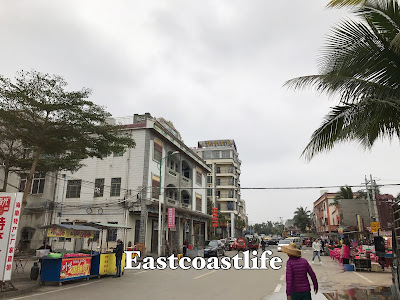 Initially we planned to go to Tanmen Fishing Port, the largest fishing port on Hainan island, but it was getting dark and it would probably be closed if we proceed at that hour. So we detoured to Boao Town for a snack and drink before dinner. 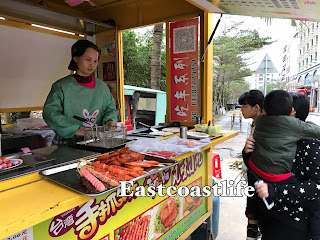 The children's eyes lit up when they saw this little food van. They wanted to eat the wraps which come with assorted fillings. I was amused to discover that the wrap they sell is similar to our roti prata.

I had a wrap with meat floss filling to try. It tasted so-so. Well, the snacks would keep the children happy until we get to a restaurant.

The kids asked for spicy food, so we went for Xiang cuisine (Hunan cuisine). One of the eight Chinese cuisines in China, it is well-known for its greasiness, dense colours, spicy and sour flavour. 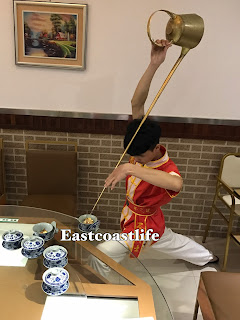 I let the kids select the dishes from the menu while I enjoyed a tea pouring demonstration from this 19-year-old boy. The brass kettle contained hot water. I could see the scalding scars on both his hands.

The kids ordered one spicy fish and a couple of cold appetizers, they were probably trying to save money for me. I had to add a few more meat dishes. The kids were ravenous, we had to order two pots of steamed white rice to go with the dishes. LOL 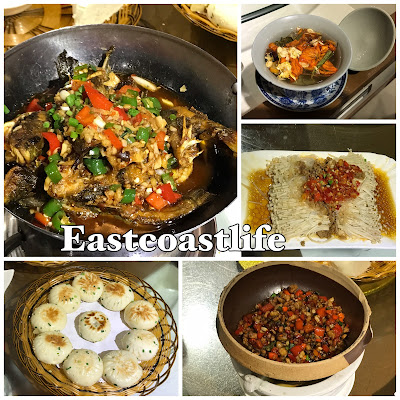 Glad that they enjoyed the meal and the outing. We reached home around 9 pm, passed the bed time of the youngest child. Before he was bundled off to bed after a good clean up, he came to my room and said, "Nai nai (grandma), tomorrow we go out again, ok?"

Posted by eastcoastlife at 5:06 PM