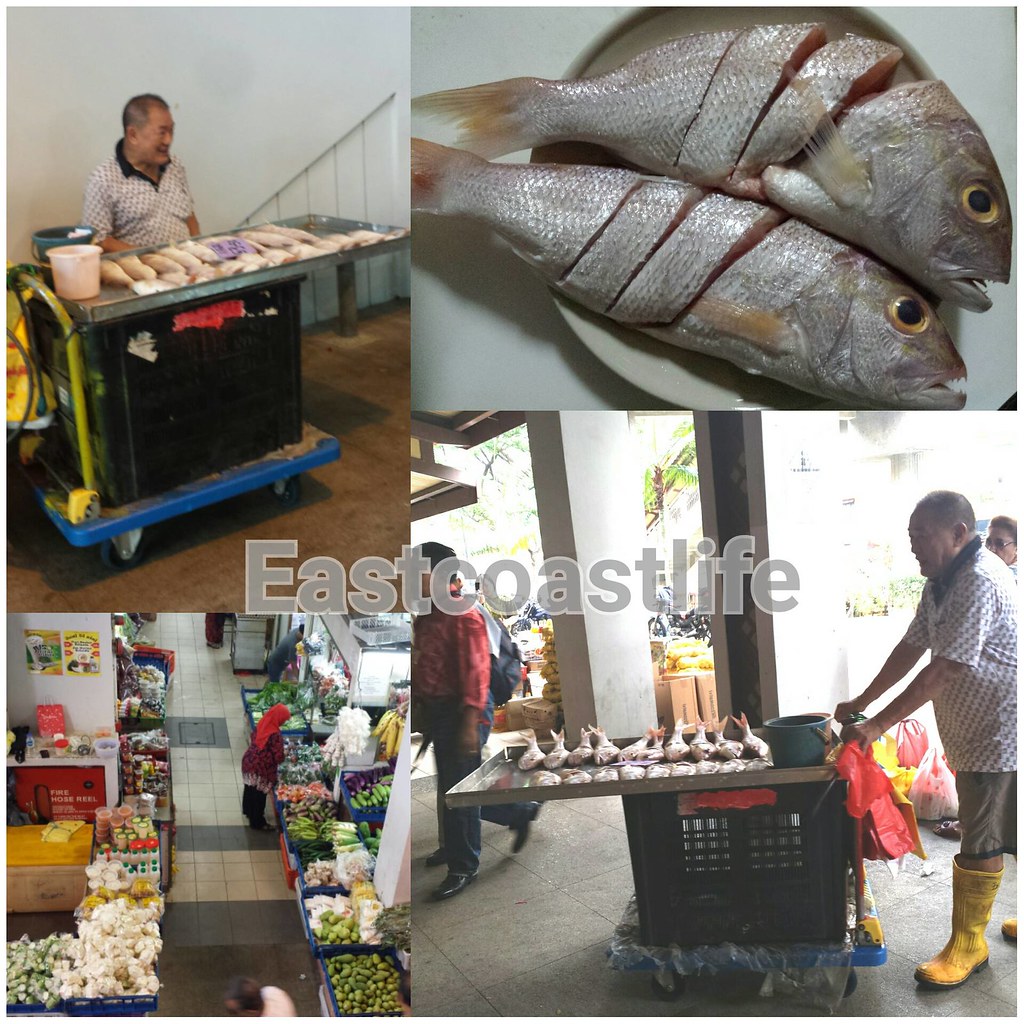 One afternoon at Geylang Serai market, I was on my way home after my lunch when I noticed this 70 plus elder pushing a cart of gutted fresh fish around the market, trying to clear his stock at a discount. Many stallowners in the market had already packed up and gone home.

He approached me and asked if I would like buy some fish so he could finish selling them and go home early. I noticed his Teochew accent and replied him in Teochew.

"The fish are fresh but too big. There are only two of us eating, we cannot finish it." That's when the delighted Teochew brother started a conversation about his grown up children.

He was so happy to have a listening ear that I was worried he might not be able to finish selling his fish. I decided to buy two fish. He selected them for me.

On a card placed next to his fish was written the words "one fish $5.50", but he collected only $7 from me. Seeing the confused look on my face, he laughed and said "Kakinang! Kakinang!" (means belonging to the same group of dialect)

How to cook the fish? 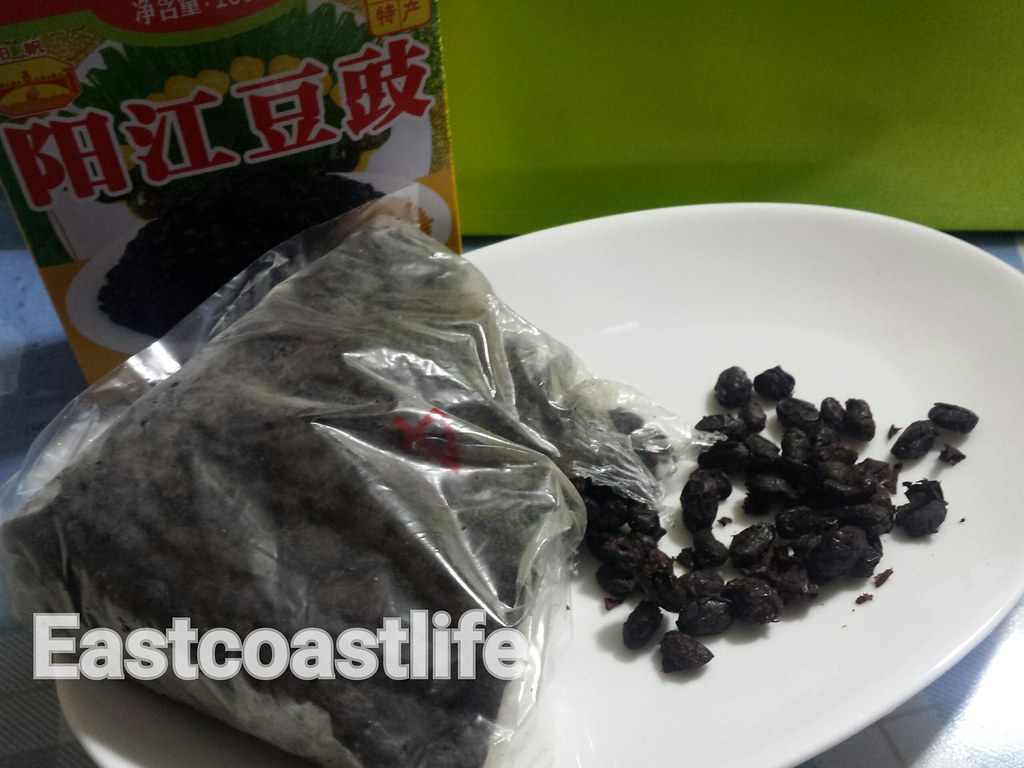 I remember I have a packet of tau si (fermented black beans) my brother-in-law from Hainan island sent me. When I opened it, the fragrant was heavenly and it was quite salty.

I fried the two fish in some oil and then braised them with the fermented black beans. 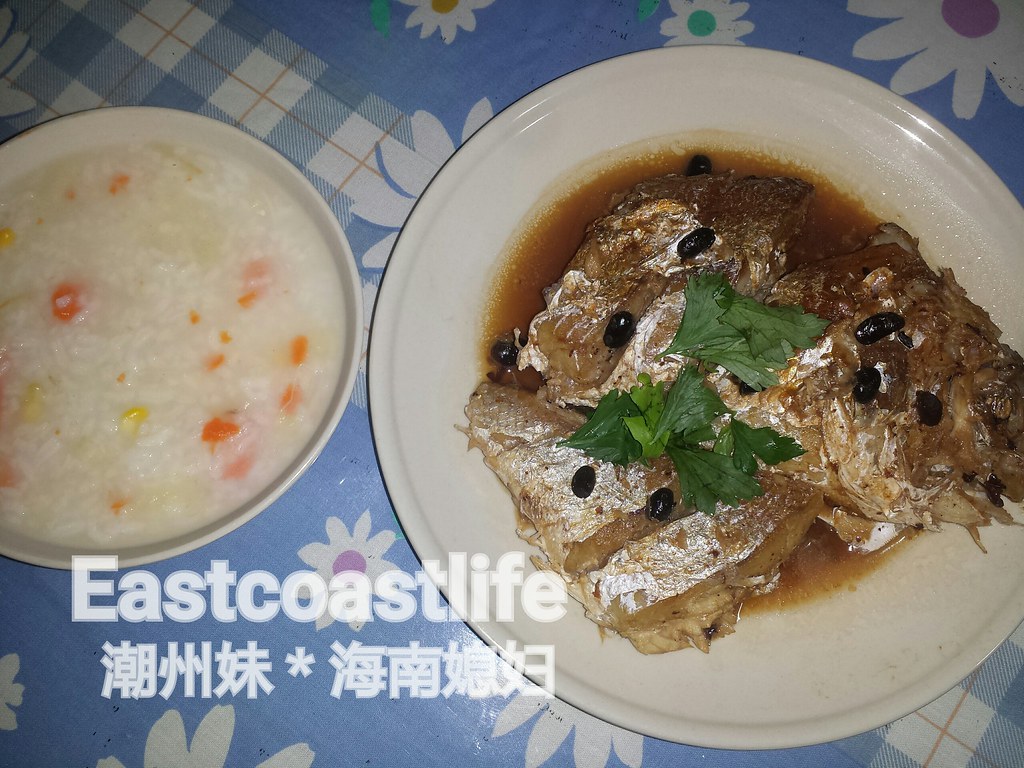 Posted by eastcoastlife at 11:43 AM