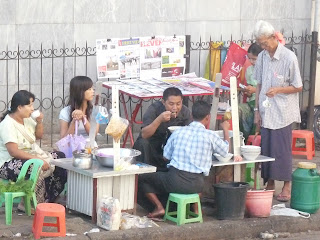 Local people eating noodles for breakfast on a street in Yangon.

After a hearty breakfast buffet in my hotel, I went for a morning walk around the streets. There were many street vendors selling all types of stuff or providing services. 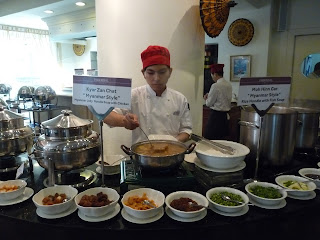 My breakfast - noodle in a 5-star hotel 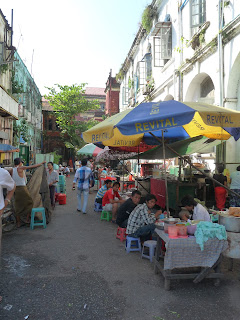 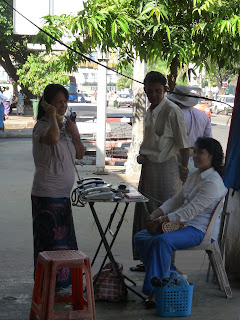 A teenager selling noodles in a corner of the street. After 5 years of compulsory education, many parents could not afford to keep their children in school due to financial difficulties. Education was not free.  Teenagers like him have to work at an early age. 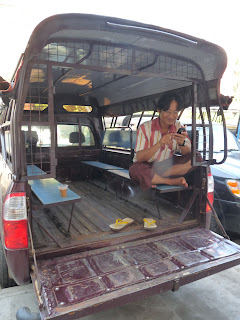 A driver waiting for passengers .... This is the public transport for the locals. 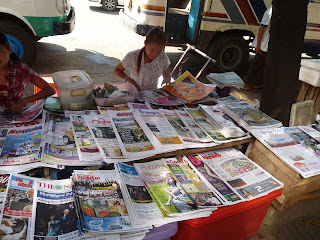 Street vendors selling newspaper and tabloids. After Myanmar abolished media censorship in August 2012, many tabloids are sold openly on the streets these days. Reporters jailed under the junta are also freed from their long prison sentences.

This is one of a number of dramatic changes former general Thein Sein has overseen since taking office last year.

Posted by eastcoastlife at 11:13 PM