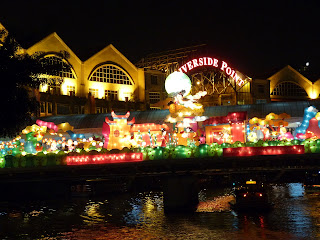 We brought 2 mainland Chinese families to Clark Quay for the Mid Autumn Festival celebrations. We had dinner in Chinatown first. My guests were delighted to see the whole stretch of Chinatown enlivened with bright vibrant lanterns designed in line with the colours of mid-Autumn. 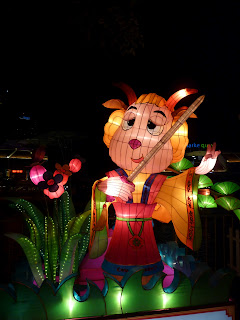 After dinner, we strolled to Clarke Quay where giant lanterns lined the promenade in this Mid-Autumn Festival by the River celebrations. My excited friends joined the crowds, queuing to pose for pictures with lanterns modelled after the 12 animals in the Chinese zodiac. 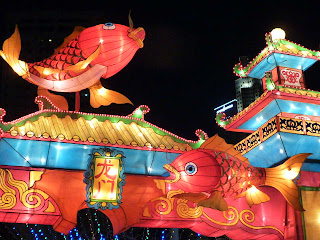 We were so engrossed with the photo-taking that the kids missed the mass lantern walk. Oops.

Since we had already purchased several adorable lanterns, we lit them up and let the kids led the way with the lanterns. 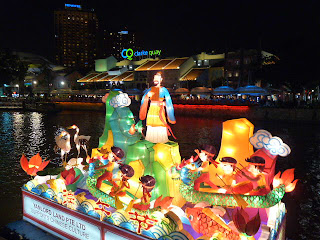 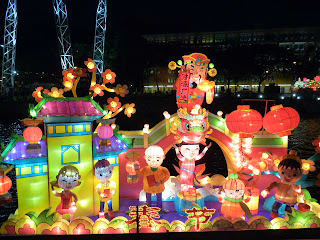 All the beautiful lanterns were created by master craftsmen from Guizhou, China. Giant lanterns depicting the main Chinese festivals were floating on the river. 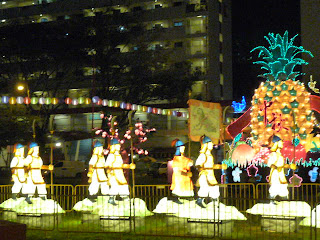 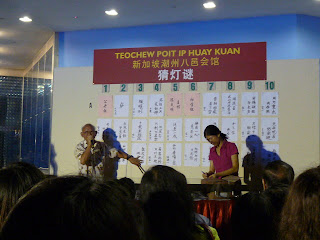 The adults had fun participating in activities such as guessing the riddles  They won many prizes because the riddles were too easy for them! 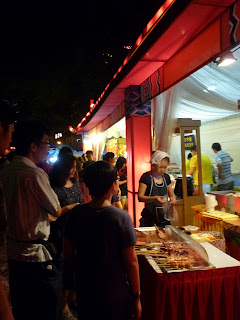 There was a festive bazaar with many food stalls selling delicacies from Guizhou. We didn't join the queues because we were not hungry. We bought mooncakes with unique flavours for our friends who couldn't wait to enjoy them by the river.

The moon was unusually beautiful that night ......

Posted by eastcoastlife at 1:30 AM

Email ThisBlogThis!Share to TwitterShare to FacebookShare to Pinterest
Labels: Chinatown, Chinese custom, Cool things to do in Singapore