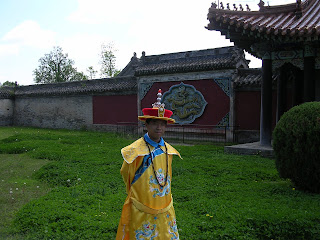 The colour yellow symbolizes royalty in many cultures especially in South-east Asia. In China, yellow was the symbol for the Emperor, commoners were not allowed to wear yellow then. If they were caught wearing the colour, they would be beheaded.

For the Chinese, yellow is associated with prosperity, happiness and peace because it is a bright, cheerful colour. However, it is not a compliment if a Chinese describes you or a movie as 'yellow', it means pornographic. haha.... 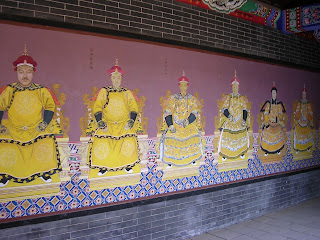 The Emperors of Qing Dynasty 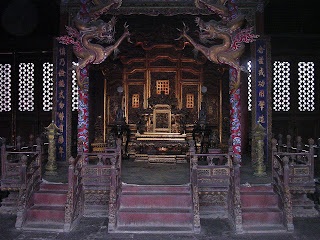 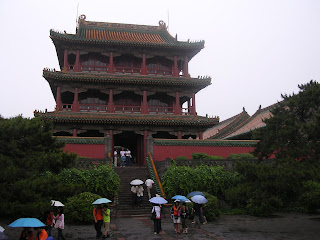 The residence of the Emperor, Empress and Concubines and their children

The above photos were taken on a trip to Shenyang Imperial Palace (沈阳故宫) where the early rulers of the Qing Dynasty lived.

The palace was huge but cold and uninviting. The chambers were simply furnished, unlike the elaborate scenes depicted in modern day films and television series.

The thought of having 3,000 concubines in the palace just to serve the Emperor is so bizarre! The Emperor is a dirty fellow! :P

Posted by eastcoastlife at 10:42 AM