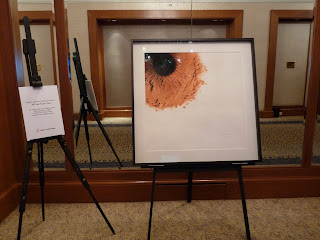 Mr Lee Kuan Yew's eye image with his autograph, starting bid at S$150 000
He saw a nation waiting to be born.
He saw not a tiny country, but a giant vision for it.
He saw a way to turn that vision into reality.


In his eyes, there's yet more to come.
Eyes That Tell Stories
Singapore Eye Research Institue (SERI) is developing eye imaging techniques that can tell you about health risks you face, ranging from eye problems such as diabetic retinopathy to heart disease and stroke.

The eyes belonging to personalities would reflect how their eyes play an integral role in the
pursuit of their passion, whereas the poignantly “beautiful" images of damaged/ diseased
eyes from our patients, will reveal the fragility of our eyesight and vision, which is often
taken for granted. 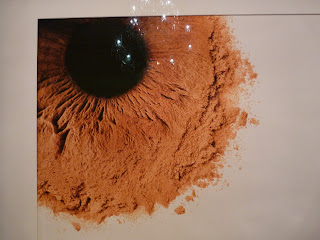 Singapore's founding father Lee Kuan Yew had a great vision for a small country, and saw a way to turn this vision into reality.

The iris image of Mr Lee Kuan Yew was artistically rendered to resemble a sand art gallery piece. The actual colour and the distinct eye patterns which are unique to all individuals have been meticulously preserved.

This 'one-of-its-kind' image was captured on Monday, 16 May 2011 at the Istana, two days after his official retirement from the Singapore cabinet after 50 years in office. 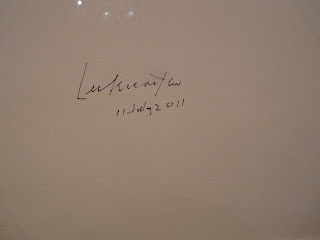 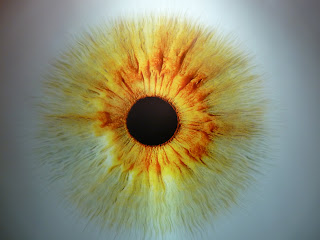 I am fascinated to see how the iris looks when is is magnified. The eye patterns of different races looks different, some resemble sand art, some are like sunflowers. 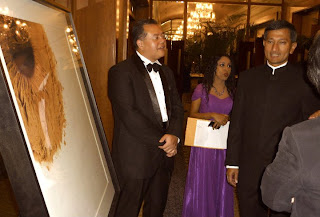 Thanks to Ms Esther Chu of Bausch and Lomb (Singapore) Pte Ltd for the invitation to the Gala Fund Raising dinner, hosted by SERI on 21 July 2011 at the Four Seasons Hotel.

The Guest-of-Honor for this inaugural Fund Raising dinner was the Minister of Environment and Water Resources, Dr Vivian Balakrishnan.

Imagine having the power to help prevent half of all blindness.


Now you do!!!
If you wish to make an outright donation, kindly issue a cheque payable to “SNEC Health Research Endowment Fund”, and to please indicate “for the Singapore Eye Research Institute (SERI)”.

Your donations will facilitate research that will ensure that people across the spectrum of vision impairment remain independent and active at every stage of their life. Over the coming years, thousands of people will enjoy restored sight because of the generosity of thoughtful people like you. So please do support our cause with your tax-deductible contribution!

For further enquiries, please do contact Sharmila Kannan, Deputy Director, Admin and Corp Affairs at (65) 97557540 or email at sharmila.kannan@seri.com.sg


First Commenter -
Posted by eastcoastlife at 12:29 AM